“You ask my opinion on vivisection. I quite agree that it is justifiable for real investigations on physiology but not for mere damnable and detestable curiosity. It is a subject which makes me sick with horror, so I will not say another word about it, else I shall not sleep tonight.” – Charles Darwin.

No animal industry attracts more criticism and outrage than research. Many animal rights advocates believe that apes, mice, pigeons, and dogs are more than mere things. Apart from the possibility of using them to test new drugs or cosmetics, they have an intrinsic value. Animals cannot communicate in a natural language, and their intelligence is vastly different from ours.

Non-human species used for clinical research are called Animal models. Scientists use animal models to discover the causes of various diseases, preventive measures, and possible treatments from the standpoint of clinical research. The use of animal models can be traced back to ancient Greece, where Aristotle said that the study of animal species would enable a deeper understanding of humans.

A joint Nobel Prize in Physiology was awarded in 1963 to Alan Lloyd Hodgkin and Andrew Huxley for their experiments on squid nerves; Eccles’ experiments on cats’ spinal cords demonstrated the nature of the brain synapse, earning him a share of the prize. Our knowledge of how our nervous systems work and how to treat them would be significantly less if they didn’t study animals. The ban on animal testing in the scientific research industry would hamper many progressing pieces of research.

Biomedical researchers require mimicking tools that are compatible with the complexity human body. There has been an explosion of investigative tools in the last century. Cell cultures, non-invasive imaging, computer models are all powerful tools in our warfare for disease prevention. But none of them can fully replicate the intricacy of a living organism.

Clusters of scientists are working on developing alternatives to animal testing. In vitro methods are often highlighted as alternatives to animal research. An in vitro test is conducted in a laboratory by studying microorganisms or human or animal cells in culture. Even though Petri dishes and test tubes offer controlled environments for in vitro testing, they cannot replace the conditions of human beings. In-vitro data should therefore be interpreted with caution since these results do not necessarily predict the reaction of a whole living being.

Animal activists challenge researchers to shatter the idea of research kept behind a veil. If there is no clandestine act involved, why can’t the animal testing labs be made open to the public?

Animal testing should not be envisioned as a wildlife massacre. Scientists are not hunting animals for recreation but using them for a noble cause, such as discovering solutions for terminal illnesses and life-threatening infections. And they choose animals that help them answer a specific question, rather than ones they are interested in studying. It is also vital that a scientist clearly explains to the concerned authority why they are choosing a particular animal for their work. The approval for the research comes only when the concerned body is convinced of the importance of the scientist’s research.

Animals are the closest thing to humans on our planet. Mice are commonly used in animal research because their genetic profile is 98 percent similar to humans. Chimpanzees were and still are used in some parts of the world because their genetic profile is 99 percent identical to that of a human. Because humans and animals have similar organs, circulatory systems, and reactions to illness, researchers can observe how animals react and make confident predictions about how humans will respond.

Computer models can now perform the initial screening and assessment of the toxicity of a substance. In addition, researchers have added tissue and cell cultures to their arsenal of research tools. Despite all this, animal testing remains a necessity. For instance, bacteria cannot be used to study blindness. Likewise, tissue cultures cannot be used to study the effects of high blood pressure.

Animal research benefits not just humans but also the wild beast community. Animals and wildlife have benefited from it in numerous ways, including lifesaving and life-extending treatments for cats, dogs, farm animals, and endangered species. Researchers are constantly reminded that humans and animals share many biological and physiological characteristics through recent genome sequencing, in-depth research into animal physiology, and surgical advances. Biomedical research with laboratory animals advances not only human medicine but also veterinary medicine. For example, there are dozens of vaccines that treat diseases ranging from cancer to epilepsy in both animals and humans. As a result, pets and wildlife live longer, healthier lives.

Future medical innovations will rely on animal research. Currently, there is no alternative to animal research for certain aspects of medical research. Until now, science has not been able to recreate the complex interconnections between the heart, lungs, blood vessels, nervous system, and other organs of animals and humans. Therefore, it is required that potential medicines be tested for animals’ safety before being tested on humans. These tests can detect side effects and ensure that the drug is likely to be safe. Also, such tests are used to estimate effective doses and determine the most effective method to administer them. 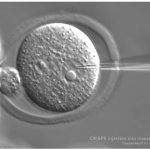 The 3 Pillars of Cell Manipulation by Eppendorf 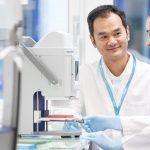 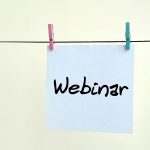 The Tale of Histopathology Webinar 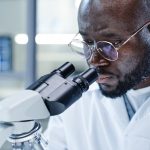 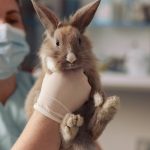 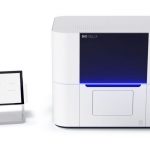 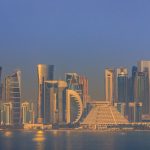 The Rising Importance of Research Sector in Qatar 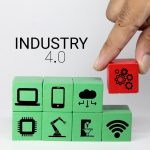